What have we gotten ourselves into???  Our son has always been really good on his bike.  We got him a big bike last year when he was four and he immediately wanted the training wheels off, he was riding his 2-wheel bike within a month and has recently been doing tricks and going over jumps.

It got us thinking that we should look into the BMX track that is in our area.  We thought it would be right up his alley and a good outlet for all of his energy! 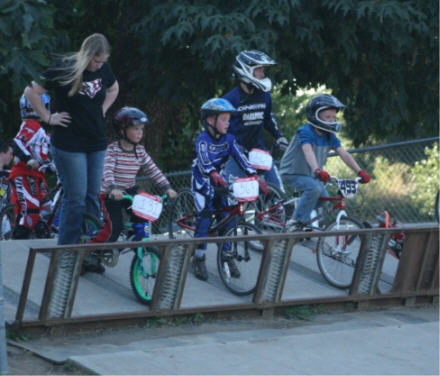 His Aunt Meghan was there to help him with the gate – it was a little intimidating at first.

The course starts with a large ramp and goes into hills and turns. 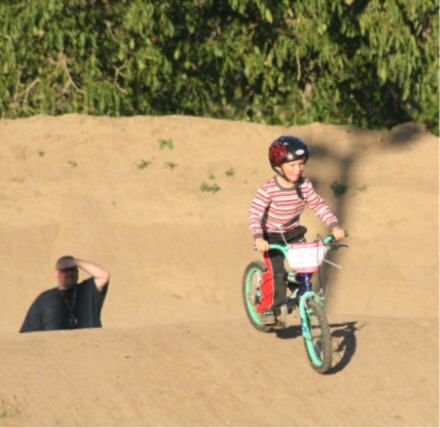 He did a good job powering up the hills on his little bike. 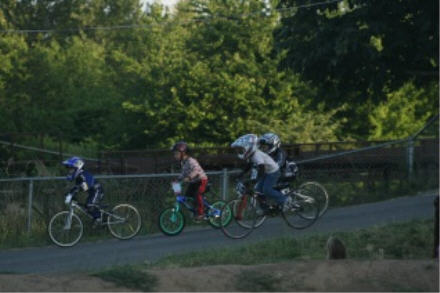 On the way home we talked about whether or not it was something he wanted to do again.  The answer was – YES!!!  It was aparent that we were going to have to do a major bike upgrade.  Thanks to craigslist, we found a used one in excellent condition.  We knew we made the right decision when he agreed to sell his seldom used play structure to help pay for it. 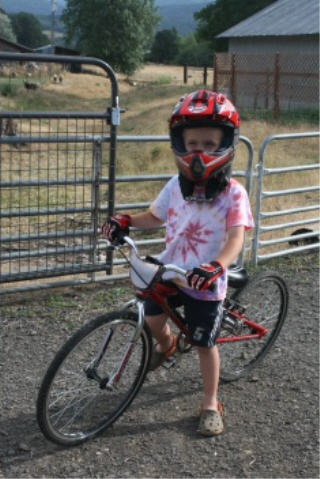 Here he is showing it off.  Thank goodness it was the right color, he wanted a red one. 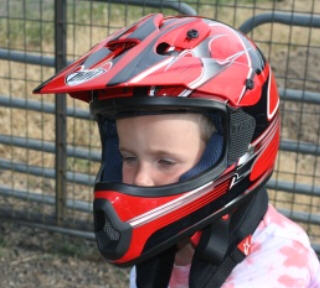 Along with the bike, he needed a helmet…

and a neck brace – all red of course 🙂 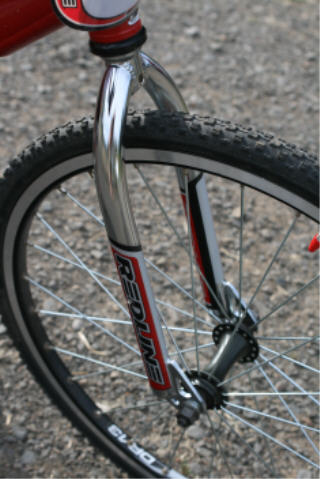 Even the brand of the bike is Redline!

We went to the races again last night and he was excited to tell everyone that he got a new RACING bike.  He is in the 5 and under division and rode in 3 races.  He is very competitive and we had several discussions about good sportsmanship.  He was very determined to do well and it payed off – he won 1st place!  He earned a medal for his win and this trophy…

for his first 1st place.  After he earns 8 first places he will move into the Intermediate division – so much to learn! 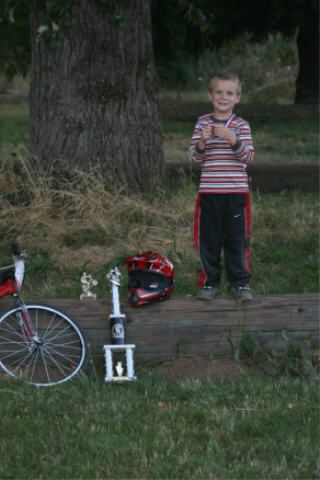 He is hooked and the whole way home he was saying – that was the best, bestest ever, I can’t wait to do that again, that was so fun.  I’m glad he has found something to be passionate about at such a young age.  I’m also thankful it is a positive outlet for his energy and somewhere he can learn good sportsmanship.