Every year our son participates a little bit more during the Black Sheep Gathering weekend.  This year he told me he didn’t want to miss ANY of it!  I had previously scheduled for him to spend Thursday night with his grandma and grandpa, but he wanted to stay and help.  He was up early and to bed late for 3 days in a row and continued to be a big help!  I am very proud of how he is growing up. 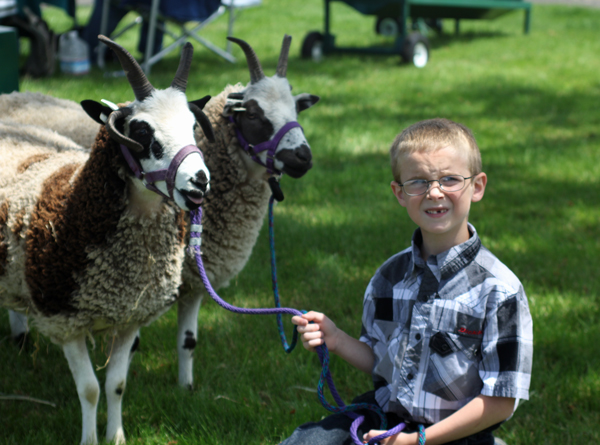 Giving his girls a little bit of fresh air before show time – Echo and Precious. 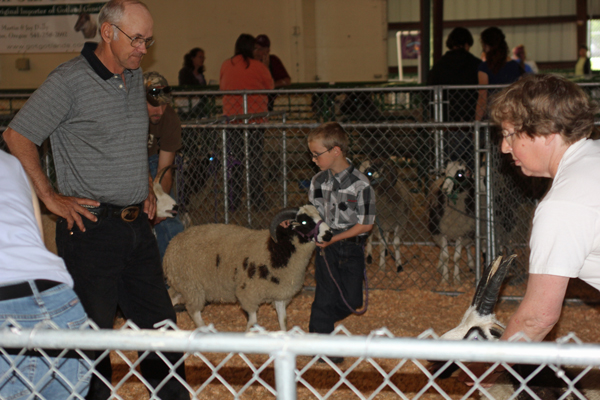 He did a great job showing his sheep by himself and had great help for his sheep that were in the same class.  Even when they are halter broke, jacob sheep can be a little squirrely and he stayed composed and handled it well. 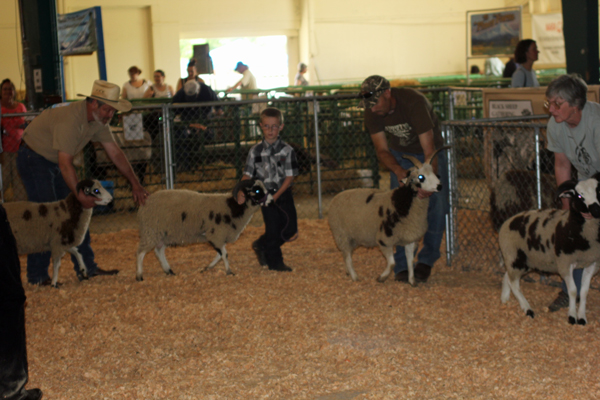 Here he is getting a little help from Doug because Clutch really didn’t want to walk.  It made me very proud watching him in the ring staying focused on the judge and paying attention to what was going on.  There were times in the past I would have thought this was impossible 😉

We were all surprised when he won Champion Ram with his lamb that has now been named ‘Moose’ because he hasn’t missed many meals!  The judge, fellow jacob breeders, and show staff were very nice when they paused the show so he could be videoed by the tv crew that was there.  He was thrilled to see himself on the news later that night.

It has become a tradition for him to make something and participate in the Spinner’s Lead.  He looks forward to it and this year was no different.  When I asked him what he wanted to make, he told me ‘a BIG snake’. 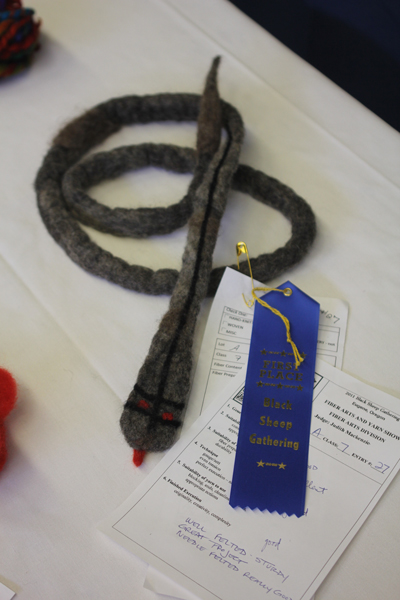 He started by wet felting the body and then he got creative with the needle felted add-ons.  At the last-minute I remembered the Fiber Arts division and he entered it in the Youth Felted division.

He got 1st place plus some very nice comments from the judge, Judith MacKenzie!

Saturday afternoon saw us back in the show ring with his Champion Ram for the overall Champion.  Robin from Meridian Jacobs is in front of us with her Champion Ewe, Hot Lips.  While we were in the ring we had a very good discussion on what the judge was looking for and that it was an honor for us to be there.  My son picked a very nice White Romney as the winner and the judge did pull him out, but it was the Mendenhall’s Merino that ended up winning it all.

The Spinner’s Lead is held after dinner on Saturday night and I believe it started at 8:00, a late night for all of us! 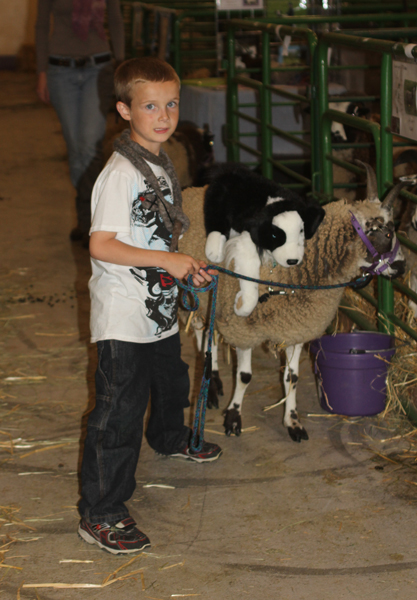 Yes, that is a Border Collie on Precious.  Once again she has lived up to  her name!  The Border Collie is a puppet and a new item and he really wanted to take it in the ring with him.  He came up with the idea of putting it on her back and I was a little skeptical…I thought she would freak out for sure.  She didn’t even flinch!  She just walked along like she has a stuffed animal tied to her back everyday 😉

He has built quite the fan club and Trish the announcer just adores him.  Thanks to Coleen, Kelly, and group for coming back just to cheer him on!  I can’t wait to see what he decides to make for next year. 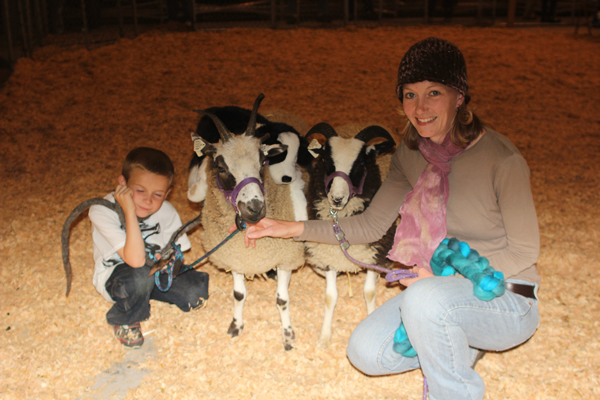 He held it together really well, but was pretty tired by the end of the weekend.  I love that he enjoys the sheep stuff just as much as I do!