JSBA’s AGM in NJ and PA

I traveled with a couple of other Oregon Jacob Sheep breeders… 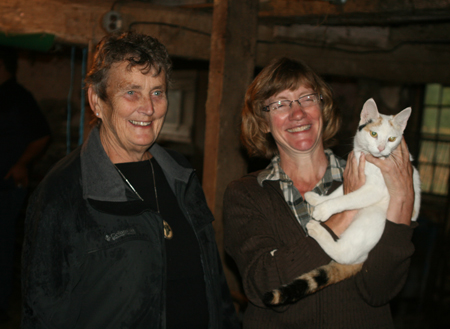 Ingrid Painter – Puddleduck Farm and Karen Lobb – bide a wee farm.  This is not the first AGM we have attended together.  A few years ago, we drove to the AGM in Colorado.  We travel well together and they are great fun to hang out with.

We flew into Philadelphia and were all a little intimidated by the BIG city!  We quickly rented a car and headed out of the city… 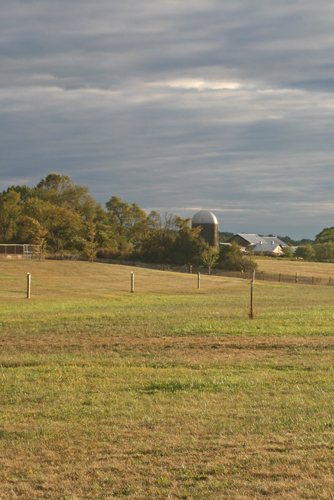 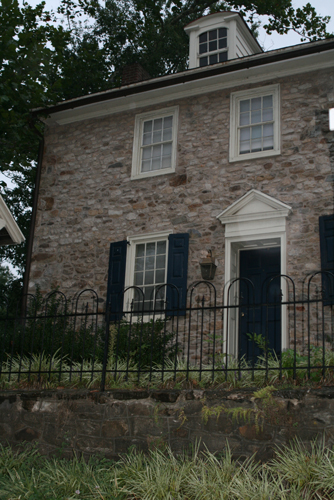 The townships, villages, and quaint cottages were delightful.

We arrived Thursday night and even though it was a little late, Karen and I went to Royal & Sue Unzicker’s house for dinner.  Ingrid opted to stay at the hotel, which turned out to be a wise choice!  We had a couple adventures on the way.  We learned very quickly that New Jersey doesn’t allow left turns.  It was quite a shock at first and then it became a joke!  We finally arrived at the Unzicker’s and had a nice visit with them and Linda Bjarkman.  Thanks to Ms. GPS, on my phone, we made it back to the hotel without anymore adventures.

The AGM started on Friday afternoon with a Jacob sheep show.  It was a very educational show with Ingrid judging.  She took her time and explained certain traits (good and bad) to everyone. 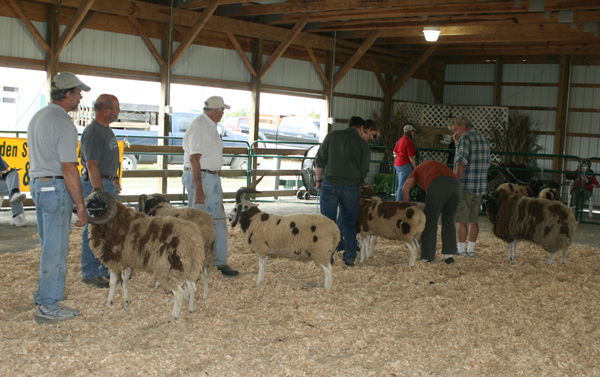 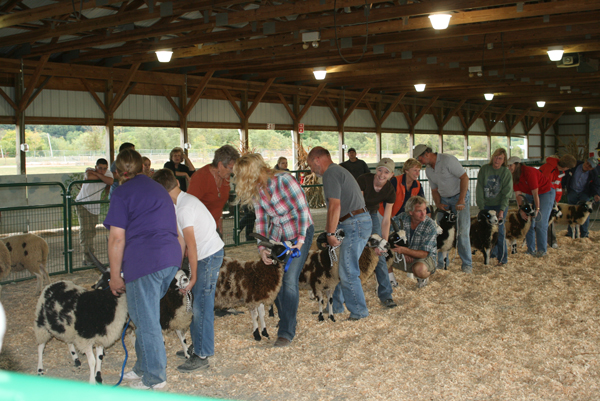 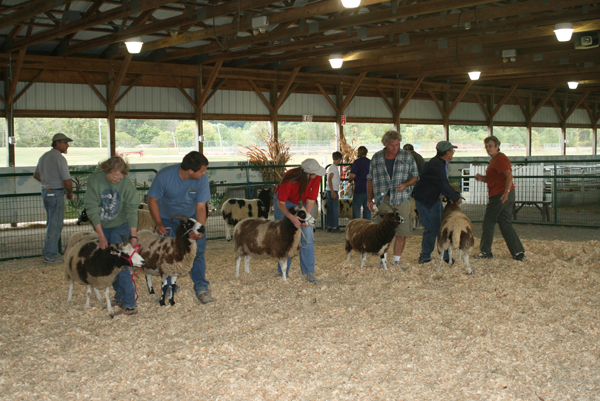 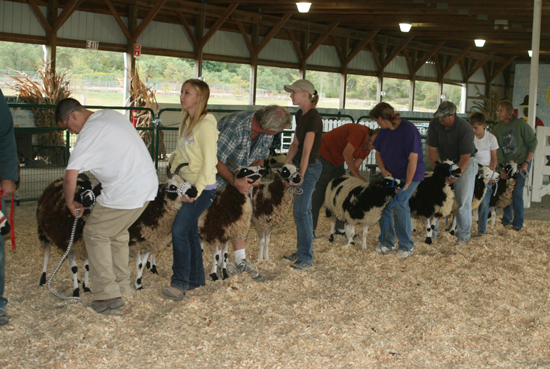 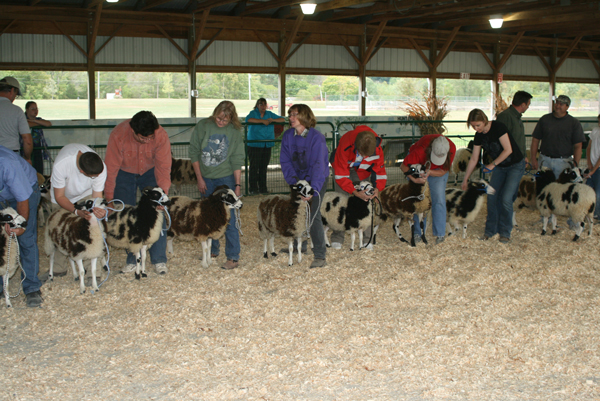 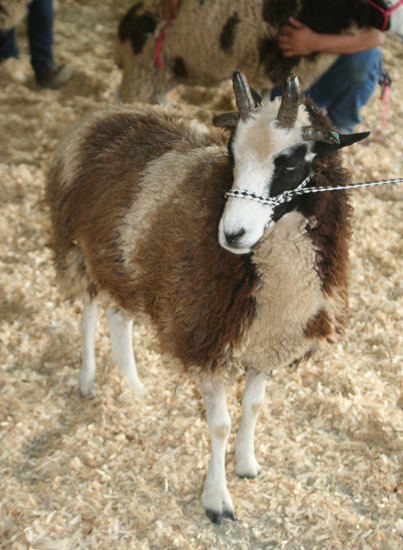 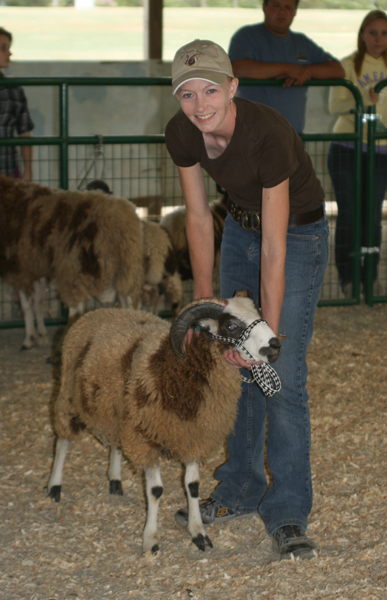 My new boy, Blue Ewe Albus, was Champion ram!  I really liked him in person and having him do well in the show was just icing on the cake.  He should be in Oregon today and I am going up to Portland to pick him up on Saturday.  He has been on the road, intransit for almost 2 weeks – Kentucky to Indiana to New Jersey to Portland to home.  Thank you to Sally, Carl, Kay, and Doug for making this happen!

After the show on Friday we enjoyed a nice dinner and visiting with other jacob breeders. 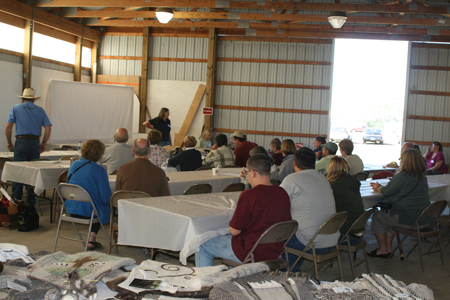 Saturday was educational and fun.  It started with the mandatory business meeting – well run and stayed on task.  This was followed by Peg Bostwick and Linda Bjarkman giving a very informative talk about fleeces.  Well presented and thought provoking.

This year’s AGM was held in conjunction with the Garden State Sheep & Fiber Festival.  During lunch time we had plenty of time to visit the vendors, eat lunch, look at jacob sheep, and of course ‘talk’ jacob 🙂

The afternoon started with a presentation about looking at lamb fleeces and horns to predict how they will look as adults.  Karen put this together and I think it was very eye opening.

An old video of jacob sheep put together by Edd Bissell was shown followed by a discussion of  ‘Jacob Sheep – a guide to the selection of breeding stock’ compiled by Ingrid Painter and Mary Spahr.  I loved how the video and the guide and the previous presentations all essentially said the same things.  We may each have our own ‘favorite’ look in a jacob sheep and certain characteristics that are more important to us, but at the end of the day, we can all agree that they are a jacob! 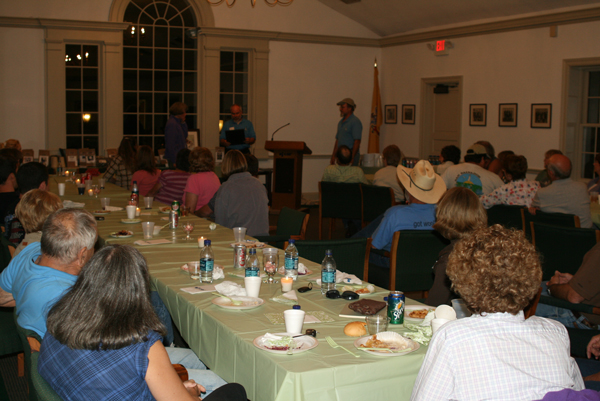 The real highlight of the day was the after dinner speaker – Susanna Davy Gilbert of the Fieldwood flock.  Here is an article about her and the work that she did for Jacob sheep from The New York Times May, 1992.  She told stories about her time as a shepherd at the Rockefeller estate.  She was funny and endearing and amazed that people still remember her after all of these years.  She was awarded with a Lifetime Achievement Award by JSBA.

There was a wonderful raffle with everything from a t-shirt and there were several things that I was really hoping I would come home with, but it just wasn’t to be.  Karen and I were the only ones sitting at our table that didn’t have their names called…darn!  Thanks to a new jacob friend, we both came home with a cone of jacob yarn.  She won several cones and thought we would each enjoy one – she was very right! 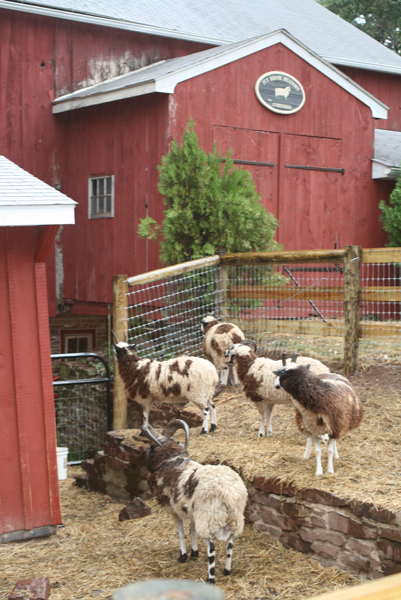 Sunday morning we woke up to rain…but it didn’t bother us Oregonians and they were very happy to see the rain.  They have had an unusually dry summer.  We had a lovely breakfast at the Unzicker’s and had a tour through their barn and flock of jacobs.  By mid-morning we were saying our good-byes to people that were driving home or flying out on Sunday.  We made our way back to the Garden State Sheep Show where Ingrid was scheduled to judge a Navajo-Churro show.  I had an afternoon free to visit with more jacob people and watch a herding demonstration…

The dogs were wonderful to watch and the handler was entertaining and informative. 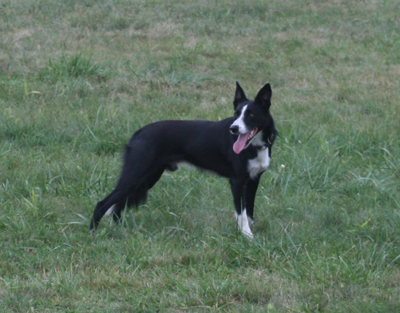 I LOVED watching this dog!  He will be running at the USBCHA Nationals later this year.

I had such a good time and met so many people.

Thanks again to Ms. GPS, we made our way back to the big city, returned the rental car, and made it for our flight with plenty of time!  Whew…a long weekend and a long post!