Good for the Soul!

Taking pictures, from horseback, in the sunshine…it doesn’t get much better than that!

This morning I went with my brother and one of his friends to move the cows to a new pasture.

There wasn’t much ‘moving’ to be done because the cows were headed to the new pasture when we got there, they must have gotten the memo that was on today’s to do list.

That was ok, because it was still a great day for a ride.

In addition to managing the cows, my brother also manages the race horses for the company he works for.  Here he is ponying one of the soon to be 2-year-olds.

He was such a good boy! 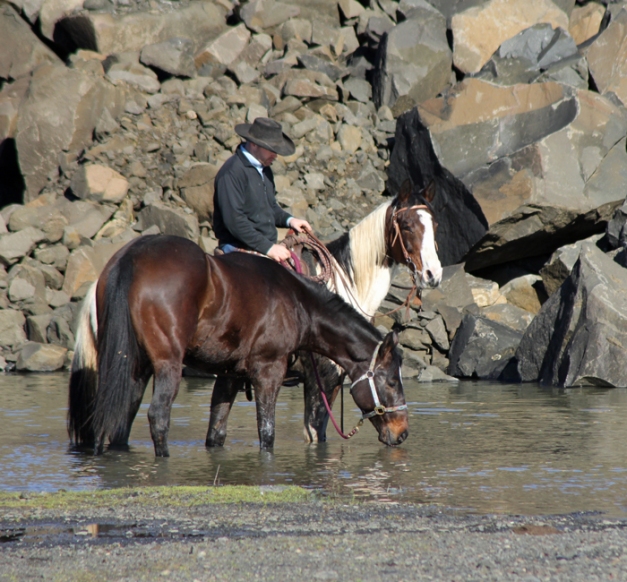 Going in water and over little creeks and he didn’t even flinch when the dogs were running around him.

Such a pretty horse.

This was Nelly’s first time ponying another horse and she did a great job, even though she wasn’t very happy about it.  He was being sweet, but was in her space and touching her – two things she was NOT ok with! 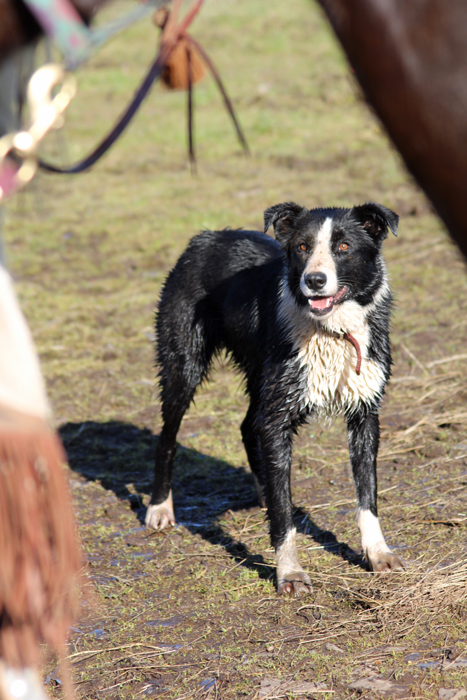 You can’t move cows without a couple of dogs, this is Newt.

This momma cow came down the hill with two calves.  From what we could tell, both are hers!

I can’t put into words how much I enjoy just going outside and taking pictures, it really is good for my soul.

and look…a picture of me!  Since I am the one with the camera most of the time, this doesn’t happen very often.  I made Wyatt work for me a little bit more today than the last time I rode him.  He is a big, funny guy.

The smile says it all, we had a great time in the sunshine!